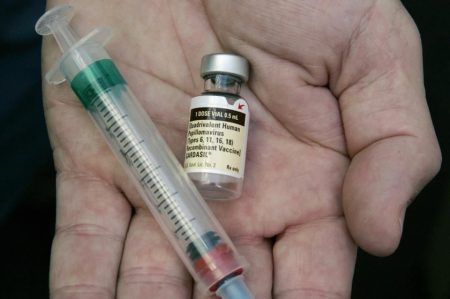 Adults up to age 45 are now recommended to discuss with their doctors getting the human papillomavirus (HPV) vaccine, which prevents 3% of all cancer in women and 2% of all cancer in men—an estimated 34,000 cancers a year in the U.S. Following confirmation from the director of the Centers for Disease Control and Prevention (CDC), the recommendations also extend the age in men from age 21 to age 26, the same as in women.

The decision from the CDC’s Advisory Committee on Immunization Practices (ACIP) July 26 came the same day The Lancet published the largest study to date on the vaccine’s effectiveness. The meta-analysis of 65 studies found drops of 31%-83% of HPV infections and genital warts in men and women, depending on age and diagnosis.

Previously, the HPV vaccine had been recommended for females and males in a series of two doses up to age 14 or three doses up to age 26 in women and age 21 in men. Men ages 22-26 could also get the vaccine.

ACIP’s unanimous vote to extend the recommendation to age 26 in men corresponds to evidence showing the vaccine’s substantial benefits for men. In fact, research shows men to be up to six times more likely than women to develop an oral infection with the highest risk strain of HPV.

ACIP’s 10-4 vote regarding adults ages 27-45 who haven’t received the HPV vaccine emphasizes shared decision-making with their providers. The HPV vaccine is not licensed by the FDA for adults older than 45 since data on its effectiveness does not exist for this age group.

The “decision from ACIP emphasizes what the data has shown—that the HPV vaccine is safe and effective for use in patients ages 27 to 45, and that use of the vaccine in this age group should be the result of shared decision-making between patients and their trusted physicians,” Christopher M. Zahn, M.D., vice president of Practice Activities at the American College of Obstetricians and Gynecologists (ACOG) said in a statement.

“Obstetrician-gynecologists are encouraged to discuss with their patients ages 27 to 45 the potential benefits of HPV vaccination, addressing the reduced efficacy compared to vaccination within the younger target age range as well as the reduced risk of high-grade disease and cervical cancer,” Zahn said, adding getting the vaccine at the recommended age of 11-12 years offers the most benefit.

“Women’s decisions will also likely consider their individual circumstances, preferences, and concerns, and the role of the obstetrician-gynecologist is to provide unbiased information in a balanced, thorough way in order to aid that decision-making,” he said.

Cervical cancer can take up to 20 years to develop, so the vaccine, first approved in 2006, has not been available long enough for a sizable evidence base showing a reduction in cancer incidence. Dramatic declines in HPV infection rates, however, are expected to translate to similar declines in HPV-caused cancer rates, and immunity from the vaccine is long-lasting.

Multiple large reviews of the HPV vaccine have found it to be among the safest vaccines available. While the actual shot itself can be particularly painful, the only regularly reported side effects are pain, redness and soreness at the injection site and, in some teens, temporary fainting, which is common with many vaccines in adolescents. Among 13,000 people in the clinical trials for Gardasil 9, five people also reported fever, allergy to the vaccine, asthmatic crisis, headache and tonsillitis, though not all of these were determined to be caused by the vaccine.

The most effective way to reduce cervical cancer has been and remains regular screenings. However, screenings only detect early development of abnormal tissue that could become cancerous whereas the HPV vaccine prevents the viral infections that leads to those tissue abnormalities in the first place.