Neither a single immune checkpoint inhibitor nor a combination improved survival versus standard of care for patients with recurrent or metastatic head and neck squamous cell carcinoma (HNSCC), an international randomized trial showed.

Durvalumab (Imfinzi) alone led to a media overall survival (OS) of 7.6 months, and patients treated with the combination of durvalumab and tremelimumab had a median OS of 6.5 months. Both values were numerically lower than the 8.3-month median achieved with standard therapy, according to Robert L. Ferris, MD, of the University of Pittsburgh Hillman Cancer Center, and colleagues. 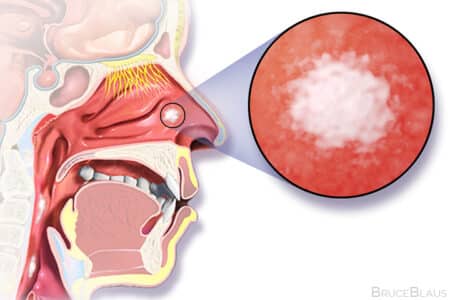 In landmark analyses, both single-agent durvalumab led to numerically higher OS at 12, 18, and 24 months, and the combination had higher OS at 18 and 24 months. None of the differences achieved statistical significance versus standard of care, they reported in the Annals of Oncology.

“Despite the apparent lack of benefit over standard of care, durvalumab clinical activity was in line with other checkpoint blockade agents in this setting,” they wrote. “Although cross-trial comparisons should be approached with caution, median OS for durvalumab was similar to median OS for nivolumab (Opdivo) and pembrolizumab (Keytruda) in comparable patient populations. Likewise, 12-month survival rates for all three were similar.”

“This study was characterized by an unexpectedly high OS for the standard-of-care arm, with a median of 8.3 months,” the authors continued. “This outcome was higher than median OS values for standard-of-care arms reported in similar studies with PD-1 inhibitors.”

Ongoing biomarker studies may provide insight into the clinical activity of immune checkpoint inhibition in HNSCC, they added.

The rationale for the EAGLE trial included evidence from studies of other tumor types showing enhanced additive activity with the combination of a PD-1/L1 inhibitor with a cytotoxic T-lymphocyte-associated antigen 4 (CTLA-4) inhibitor. The evidence included studies of durvalumab and tremelimumab in other solid tumors, Ferris and colleagues noted. Moreover, single-agent durvalumab demonstrated activity in previous studies of relapsed/metastatic HNSCC.

Investigators at 156 sites around the world enrolled patients with HNSCC that progressed during or after treatment with a platinum-based regimens. Patients were randomized to one of three treatment groups: durvalumab alone, durvalumab plus tremelimumab, or a standard-of-care single-agent therapy (such as cetuximab [Erbitux], a taxane, or methotrexate). The primary endpoint was OS.

The 12-month OS numerically favored durvalumab (37.0% vs 30.5% for standard of care), whereas the combination arm had a 12-month OS almost identical to that of the control arm (30.4% vs 30.5%). Analysis of 24-month survival showed numerical advantages favoring both experimental arms (18.4% for durvalumab, 13.3% for the combination, 10.3% for standard of care). The trial was not designed or statistically powered to compare the durvalumab and combination arms.

“Therefore, we can speculate that the population that benefits most by the anti-PD-L1 durvalumab therapy is less represented in this study, reducing the overall benefit of the drug,” said Merlano, who also questioned the accuracy and reliability of the methodology used to determine PD-L1 staining in the trial.

A strong theoretical rationale exists for combining a PD-L1 inhibitor and a CTLA-4 inhibitor in HNSCC. However, functional or physical elimination of regional lymph nodes during surgery or radiation therapy for HNSCC might reduce CTLA-4 inhibition in the disease, Merlano continued.

Although ipilimumab (Yervoy) and tremelimumab both target CTLA-4, the antibodies have structural differences that leave tremelimumab unable to induce antibody-dependent cell cytotoxicity. An additional potential consideration is the reduced CTLA-4 expression by natural killer (NK) cells, which are the most common type of T-cells found in the HNSCC microenvironment.

Merlano cited imbalances potentially favoring the standard-of-care arm in the multivariable analysis. He insisted that, in the absence of direct comparisons, there could be differences in the potency of PD-1 inhibitors (such as nivolumab and pembrolizumab) versus PD-L1 inhibitors (such as durvalumab).