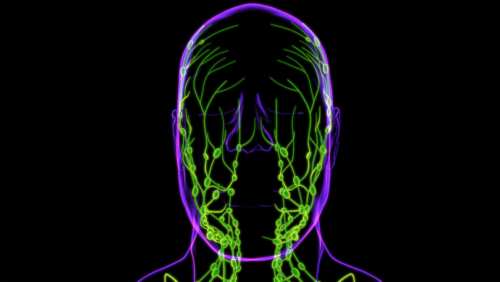 The 3-year overall survival (OS) rate was 87.9% with sentinel lymph node biopsy (SLNB) and 86.6% with elective node dissection (ND). The 3-year disease-free survival (DFS) rate was 78.7% versus 81.3% in the SLNB and ND groups. Both outcomes met statistical criteria for noninferiority of the two approaches to lymph node assessment.

“SLNB-navigated ND is noninferior and less invasive than elective ND,” the authors wrote in the paper online in the Journal of Clinical Oncology. “The results of this study may promote a widespread use of SLNB (for early-stage OCSCC [oral-cavity squamous cell carcinoma]) worldwide.”

The results added to a growing volume of evidence suggesting similar outcomes between SLNB and the more-invasive ND. Last year a randomized study from France showed a 2-year relapse-free survival rate of 89-91% with the two approaches to lymph node assessment in oral and oropharyngeal cancer. A large retrospective cohort study resulted in similar OS and a shorter hospital stay as compared with ND. Multiple studies have demonstrated improved functional outcomes and lower complication rates with SLNB, the authors noted.

SLNB has an established role in staging for node-negative breast cancer and melanoma, and might help determine appropriate use of ND, the authors continued. Prior reports of SLNB for OCSCC remain limited in number and employed variable methods of SLN detection. Hasegawa and colleagues conducted a randomized trial using standardized methodologies to compare outcomes with SLNB and elective ND in patients with clinically node-negative OCSCC.

The primary outcome was 3-year OS, and secondary endpoints included postoperative neck function, adverse events, and 3-year DFS. The statistical margin for noninferiority of SLNB to ND was -12%. Median follow-up was 37 months, overall and in each of the two groups.

Data analysis included 271 randomized patients. Pathologic metastasis-positive lymph nodes were observed in 33.6% of the SLNB and 24.8% of the ND groups (P=0.190). The difference in 3-year OS met criteria for noninferiority, as did the difference in 3-year DFS (P<0.001 for both comparisons), the researchers reported.

The mean overall score for neck functionality was significantly higher in the SLNB group at 1, 3, 6, and 12 months after surgery. Separate scores for constriction, pain, numbness, shoulder-drop, reach-above, neck appearance, and arm abduction test all favored the SLNB group.

Recurrence rates were 18.2% with ND and 21.6% with SLNB, a nonsignificant difference. Most recurrences were local or regional and did not differ significantly between the two patient groups.

Hasegawa and co-authors acknowledged the 12% noninferiority margin as a potential limitation of the study and that a smaller margin might have been more appropriate for proving noninferiority. However, prior studies suggested an expected difference in 3-year OS of 20-35% between ND and nondissection.

“Taking these results and the improved prognosis into consideration, the noninferiority of margin of 12% in the 3-year survival rate might be a clinically acceptable difference,” the team stated.